Protest in front of Choucha Camp

Yesterday, a protest of refugees against the non-assistance of the responsibles (UNHCR, Tunisian government and EU) took place in front of the Choucha camp. It was the first time, that representatives of all communities/nationalities from the camp organized themselves and were present. From now on there are more discussion circles planned to fight together for a solution of the difficulties.

The demands of the refugees are:

* to be accorded asylum protection
* to be granted International protection in a safe third country (a country with effective system of protection)
* a general resettlement for everyone in CHOUCHA CAMP.

We are demanding the UNHCR, as well as the European Union and the media, to take these demands serious, to help immediately and not to forget the people living in Choucha! 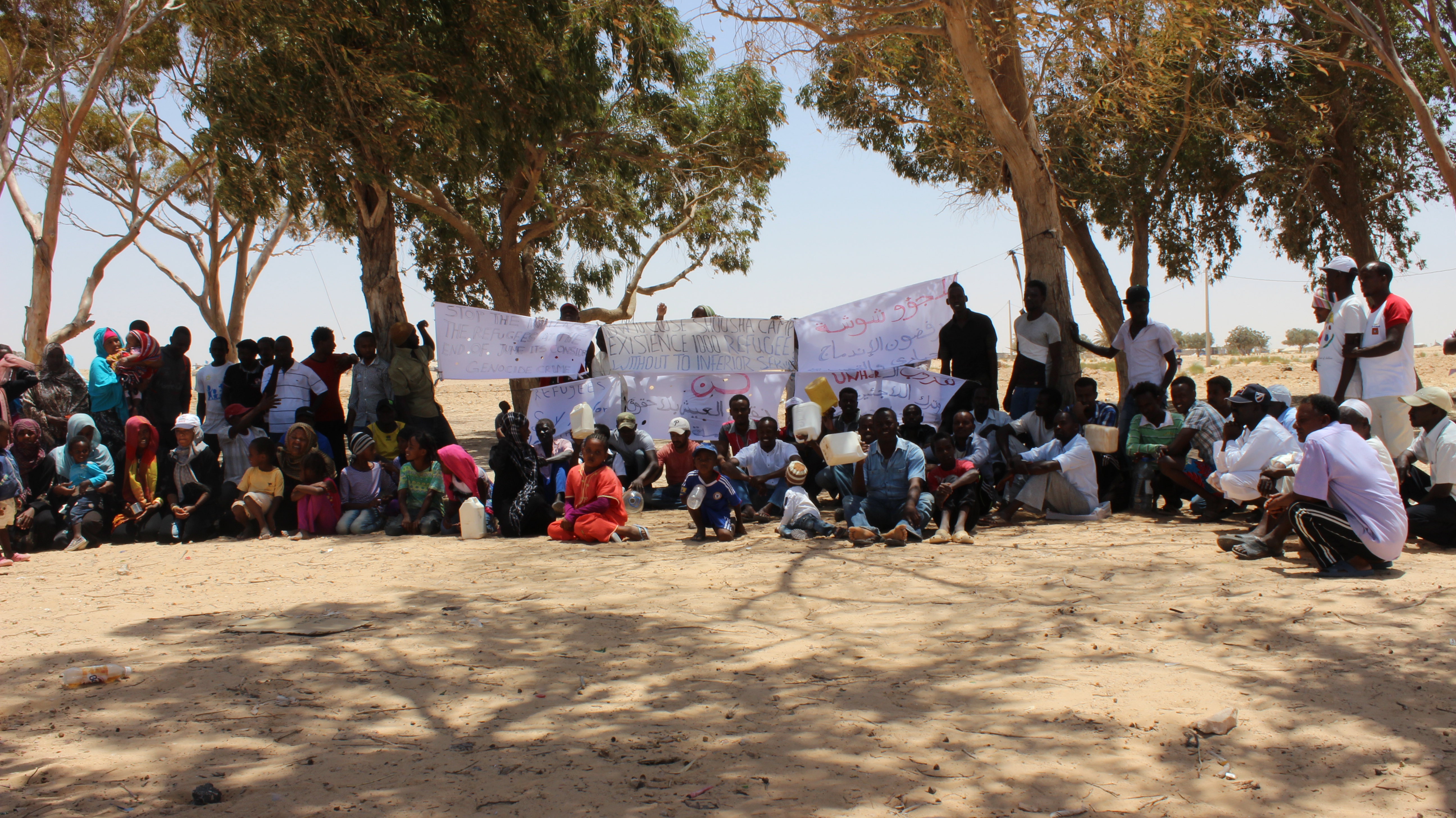